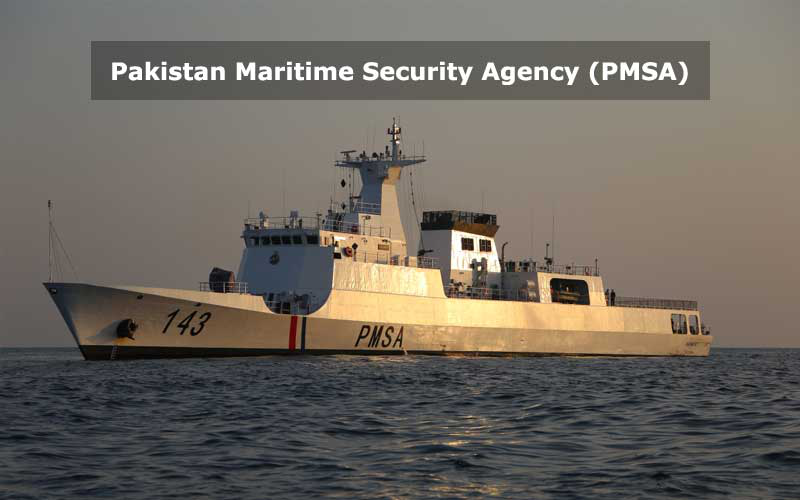 Pakistan Maritime Security Agency (PMSA) is a Paramilitary Force that operates under Pakistan Navy command. PMSA is a Navy-managed and Navy-controlled law enforcement agency that has jurisdiction over Pakistan’s national and international waters including the exclusive economic zone and provides protection to the maritime interests of the country.

In compliance with the 1982 UN Convention on the Law of the Sea, the PMSA was established on 1 January 1987 as a federal regulatory agency of the Ministry of Defence, whose leadership and personnel is directly drawn from the Pakistan Navy.